The Lolei temple is part of the Roluos group  and is not located inside the angkor Archeological Park. The temples at Lolei were the last to be added to the larger Roluos Group temples. The four towers at Lolei are placed on a platform and at the time of the construction, it was surrounded by water.

What to do and see at Angkor Wat?

Although some elements like the outside wall and the gopura to enter the site have not been preserved, the four temples are in very good condition. Each temple has different ornaments and it’s well worth your time to visit this temple site.

WHAT ARE THE MOST IMPORTANT TEMPLE RULES?

How to get to Lolei?

The best way to visit Lolei is either by joining a tour or visit the Roluos Group Temples by tuktuk. Tours don’t include all the temples, so hiring a tuktuk who can act as your personal guide is not a bad idea at all. The Lolei temples are not located inside the Angkor Archeological Park but 10 kilometers from Siem Reap on national road 6, which leads to Phon Penh.

How much will it cost?

What you should NOT do!

Don’t visit the site without visiting the other temple sites of the Roluos Group. The area was once the first capital city of the Khmer empire and a lot of history is hidden in these four temple sites.

What you SHOULD do!

All tours have qualified tour guides and if you are not visiting Lolei by tour, we recommend you to hire your own personal guide. There is little to no information at the different sites themselves and hiring a guide makes the experience much more complete. 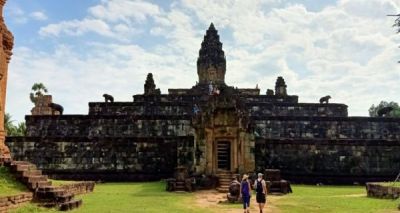 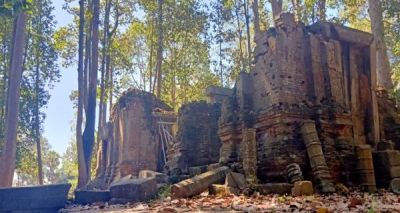 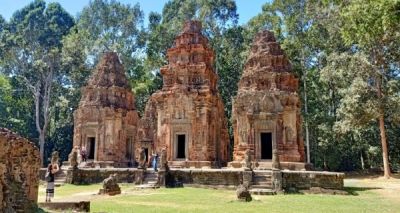 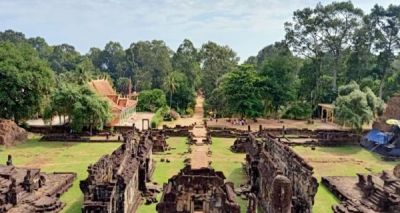