10 Foreign Habits That Are NO Problem in Cambodia 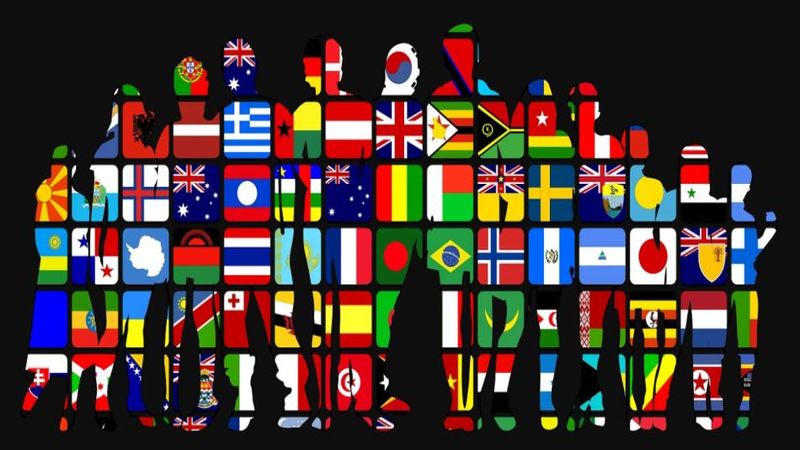 My first shocking experience with a typical Cambodian habit was the fact that when drinking beer, Cambodians cheer with every sip they take. I didn’t really like it in the beginning, but now I wouldn’t like it any other way. My friends have also experienced some habits I brought from my own culture, like being on time or asking many, many, many questions, something Cambodians tend to avoid.

Cambodia is visited by more than 7 million tourist per year. Most of them are from China and neighboring countries. Around 40% are from countries with a western culture that has its own set of rules, habits and etiquette. Some of those habits may create a problem in their home country, but are absolutely NO PROBLEM in Cambodia.

Japan – Laughing with your mouth open

No problem in Cambodia, but inappropriate in Japan. 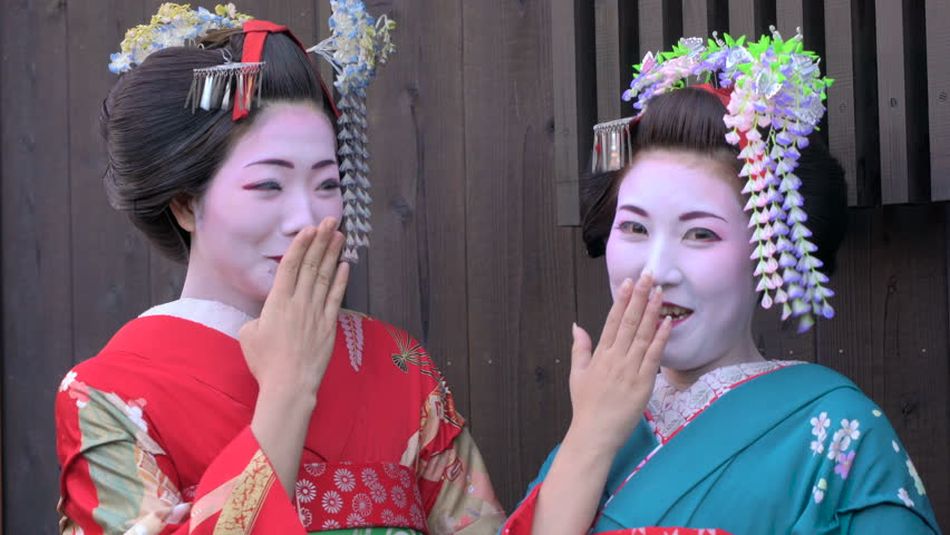 A modest laugh is best practice

With the exception of serious accidents or situations where people are in danger, Cambodians have a very spontaneous laugh. Laughing with your mouth open and showing your beautiful dental work, isn’t a problem.

The huge number of Japanese tourists that visit Cambodia every year will think different about laughing out loud. In Japan laughing with your mouth wide open and showing your teeth, is considered very inappropriate, especially when you’re a woman. Japanese women will  cover their mouth with one hand when laughing (softly).

No problem in Cambodia, but definitely an issue in South Korea. 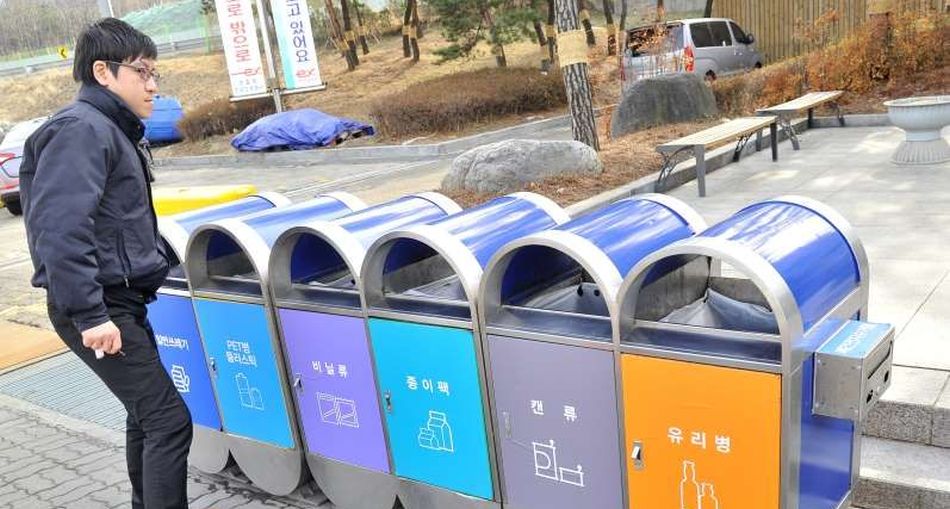 In south- Korea recycling is a must….

Cambodians basically don’t recycle. There are many small projects that encourage recycling and trying to raise awareness, but they don’t have a huge impact. In bigger cities, garbage is collected by private companies and they do have recycling processes, but in more rural areas garbage is burned in the backyard or somewhere on the streets. Walking through the bigger cities you will not find many garbage bins. Empty bottles and cans are collected by poor people and those cans and bottles are being used in recycling processes.

In Korea everyone recycles and throwing your empty bottle or paper wrap on the streets is very inappropriate. It will make people stop and stare are you or they may even point out that you should throw your garbage in one of the many garbage bins.

China – Using your chopsticks to put food on your plate

No problem in Cambodia, but a big NO in China 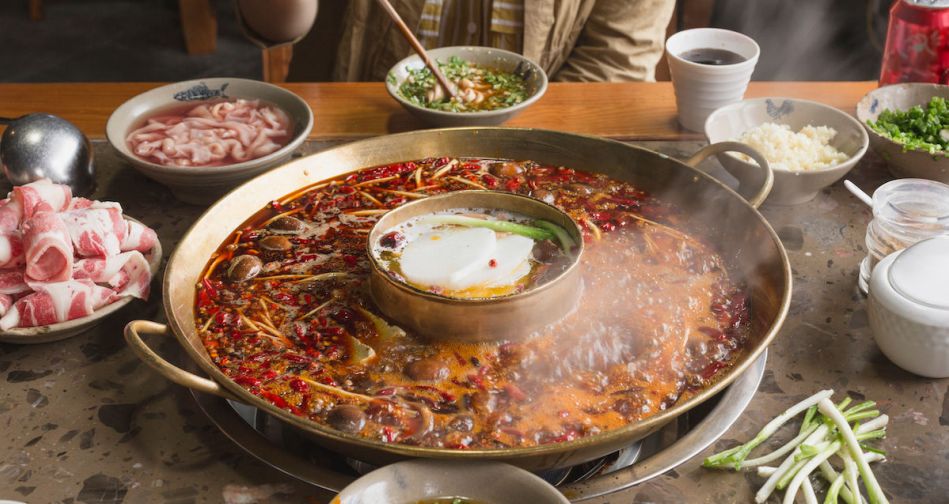 Don’t transport the food with your own chopsticks

Eating habits in China are very similar to the way Cambodians take their meals. Food will be served in big bowls and people take food from the bowls, put it on their plate and then start eating. In China each bowl will have its own chopsticks to transport the food to your plate. Using your own chopsticks to transfer the food to your plate, is frowned upon and considered very inappropriate.

The Netherlands – Asking about someones salary

No problem in Cambodia, but inappropriate in The Netherlands 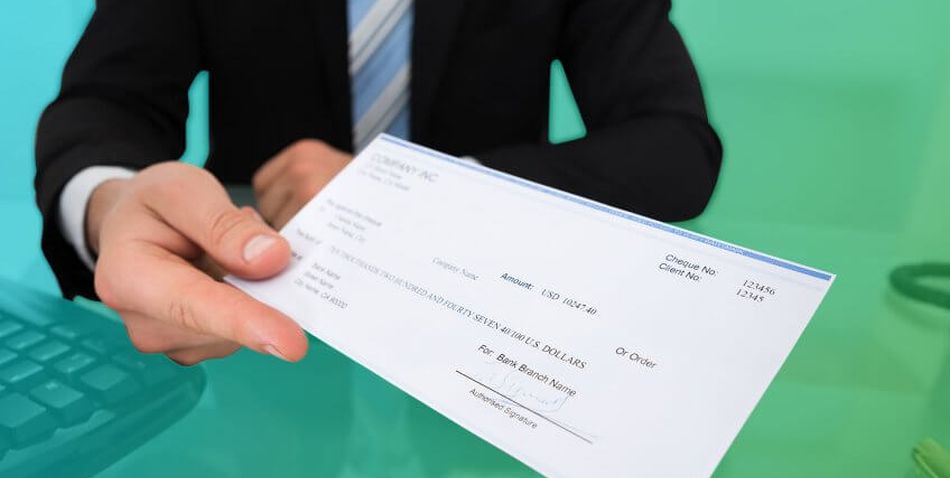 Don’t ask a Dutch person how much their salary is

Cambodians have no problem telling someone how much salary they receive. Most people get somewhere between $120 and $300 so the differences are small. In the Netherlands salaries vary between $1000 and $4000 per month and the exact amount is only shared with family members or very close friends.

In many European countries as well as the US, Canada and Australia, asking someone how much his or her salary is, will be considered very inappropriate. Even when people work at the same company or office, they won’t share the exact salary amount with their colleagues.

No Problem in Cambodia, but NOT DONE in USA 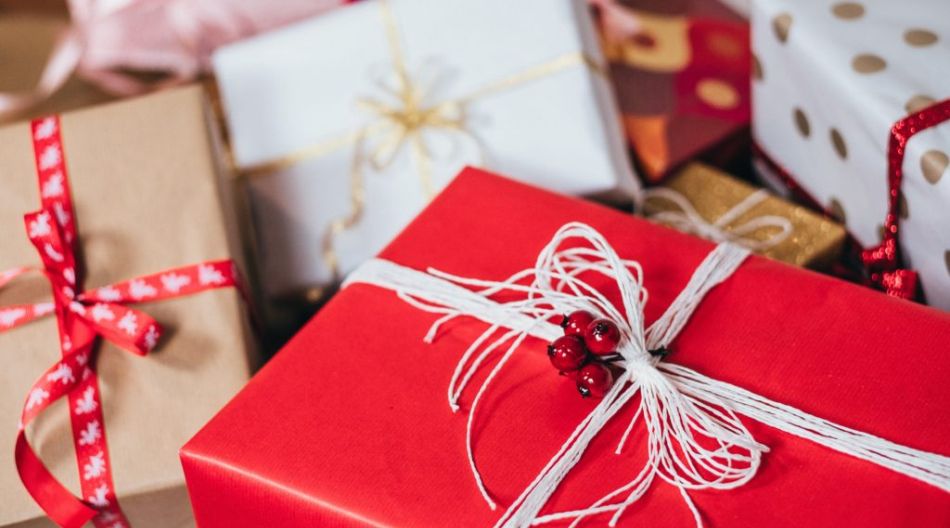 When offered a gift at a party, Cambodians will mostly open the gift later, when all the guests have left the party. In the USA and many European countries, it’s considered very rude NOT to open your gift directly after receiving the gift.

Americans and westerners want to see how the receiver of the gift reacts and immediately get feedback (do you like the gift?!). Cambodians rarely give feedback. If a Cambodian doesn’t like the gift, he will not mention it. The gesture is more important than the gift itself.

Germany – Being late at an appointment 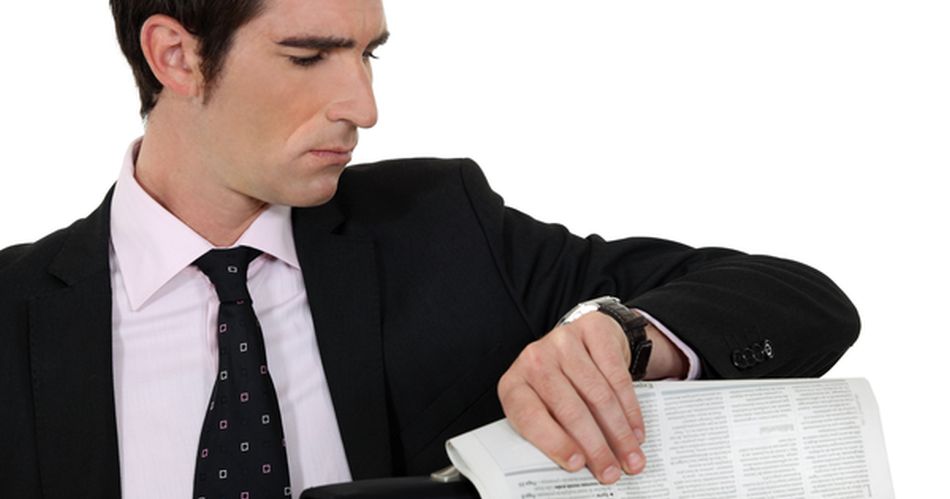 Whatever you do….don’t be late!

If we say that Germans LIKE to be on time, it would be an understatement. They don’t LIKE it: they NEED it. If you’ve set a meeting with a German at 11 am, you better be at the agreed location at 11 pm and not 11:05. Being on time is not only considered very important in Germany, but in many western countries.

Cambodians make appointments in a different way. If a Cambodian agrees to meet you at 11 am, it probably means he will leave HIS home at 11 pm and will be at the agreed location at 10 or 20 minutes past 11. 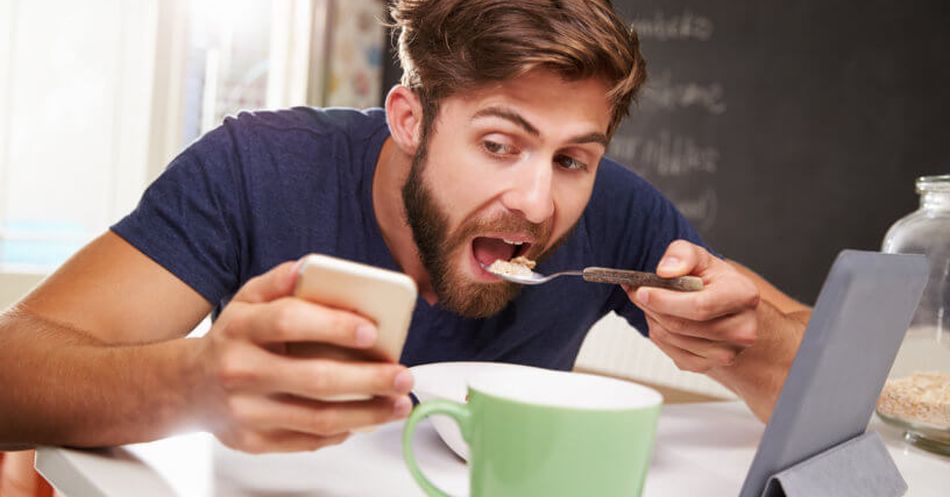 Cambodians are addicted to their smartphone. They use it when they drive a motorbike or car, when they are drinking and when they are having their daily meals. No one will make a problem when you use your phone at the cinema, the hospital, during business meetings or when you’re having breakfast, lunch or diner.

No problem in Cambodia, but inappropriate in Australia and the UK

You can’t say it often enough

When you say ‘thank you’ to a Cambodian don’t expect a ‘You are welcome’. Instead, Cambodians, will mostly reply with a ‘yes’. If he or she doesn’t speak English, they will understand the ‘thank you’, but don’t know what the best reply is, so they may reply with the same words: ‘Thank you’. Helping each other is part of the Cambodian culture. In many situations, it’s not a choice, it’s a cultural determined MUST. If Cambodians do use the words ‘thank you’ the most common reply is a simple ‘yes’. .

Especially in the UK and Australia, but also in many other western countries, helping someone or bringing a gift, is considered as something extra. Something you don’t HAVE to do, but WANT to do. This is not only related to situation where you’re  actually help someone solving a problem, but also in simple situations, like giving someone a book, a cup of tea or even answering a question. The best reply to a ‘thank you’ is to say: ‘You are welcome!’.

Russia – Not Able To Identify Yourself 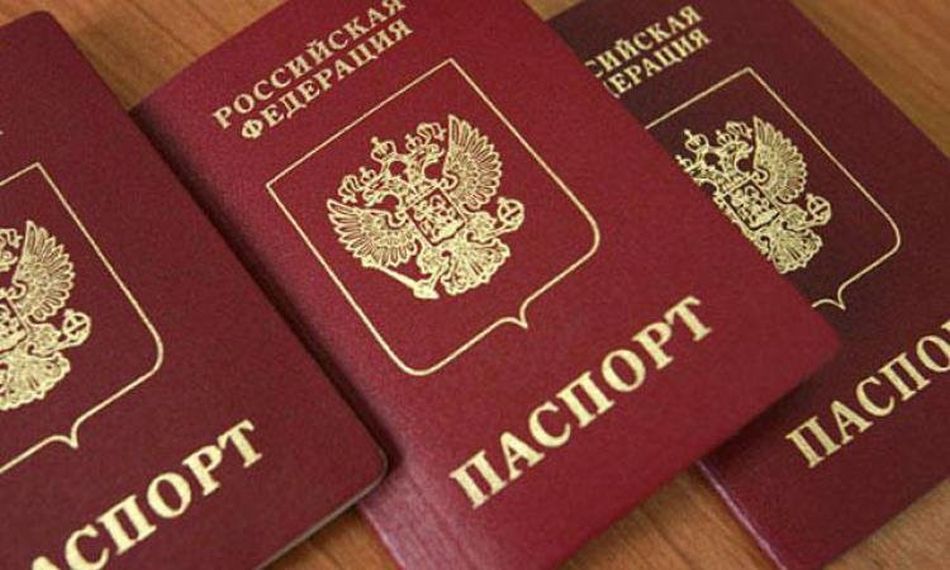 Always have your passport ready in Russia

Many Cambodians don’t carry any identification on them, simply because they don’t need it. Even visitors to Cambodia are only asked to identify themselves when entering the country and booking an accommodation or renting a motorbike. Russians, however, always carry there passport with them, wherever they go.

In Russia the police can stop you without any reason and request you to identify yourself. Tourists in Cambodia will only be stopped by the police when they do something against the law.

No problem in Cambodia, but frowned upon in Italy 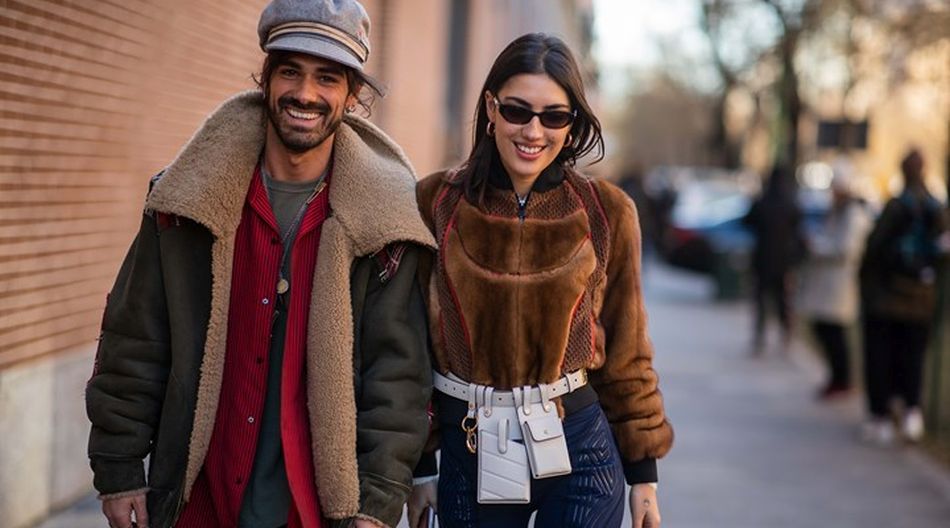 What you wear, is who you are

One of the things many foreigners love about Cambodia, is the fact that no one cares what you are wearing, as long as it is decent. An expensive pair of jeans or cheap shorts, it doesn’t matter.Italians feel that if you can’t take care of the way you dress, you’re probably also not able to take care of many other things.

Buying expensive clothes is not an option for many Cambodians and who you are is not defined by the way you dress. People admire other peoples clothing openly,from the heart and without any jealousy.

we invite you to join our Facebook group and share any comments to this post. We love to hear what you think and if you’re country is not listed here, maybe you can share some of your country’s habits that are NO PROBLEM in Cambodia. 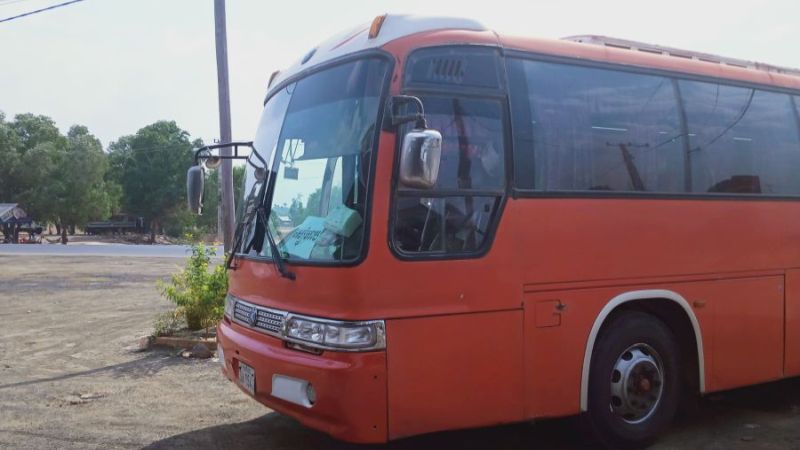 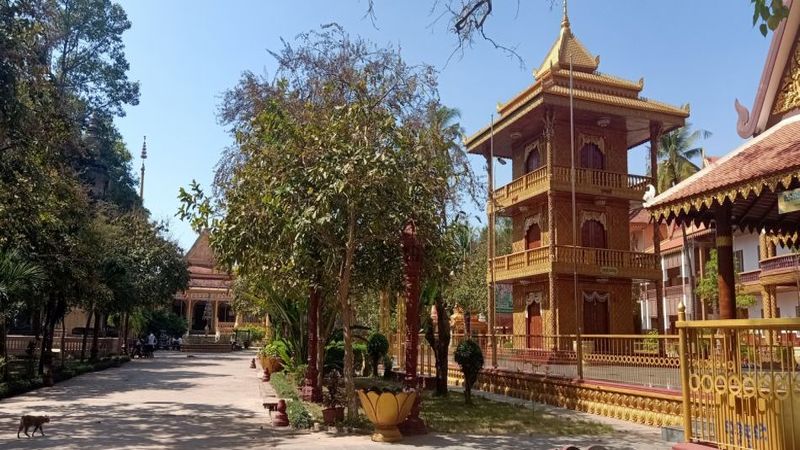 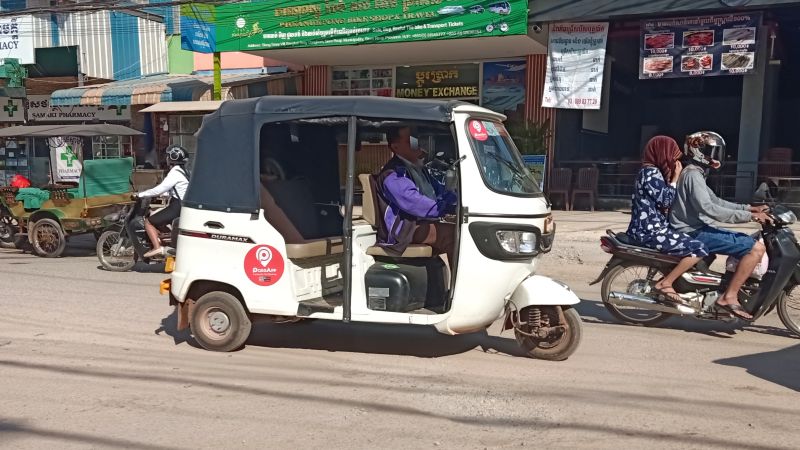 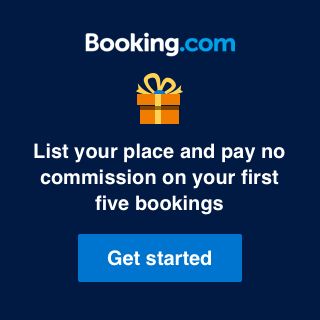